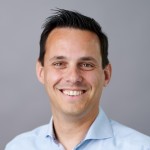 Everyone knows that publishing code directly to Production is not the best idea. Azure Static Web Apps offer the ability to automatically create a fully-functional staging environment for you when you want to publish new code.

This site has been running on Wordpress ever since it conception back in 2011. As you might have noticed there is not a lot of new content added over the last couple of years. But that doesn’t mean that the site could run without maintenance. Especially since there are a lot of people that love to attack unpatched Wordpress installations.

This how-to is based on the SPCAF how-to written for TFS 2012.

Internet Explorer 11, that ships with Windows 8.1 and comes as an update for Windows 7, has some problems launching the File Transfer Manager on the MSDN Subscriber Downloads section.

This blog is maintained by Joost Haneveer.